The Korean Office for Research and Education (KORE) is a collaboration of Korean scholars at York University and at Eastern Canadian University. It was founded in February 2018 with the Core University Program for Korean Studies grant from the Academy of Korean Studies (AKS). KORE’s mandate is the promotion of a new, critical, comparative and transnational Korean studies. Drawing from the expertise of Korean scholars at York as well as other stakeholders and academic partners in Eastern Canada, KORE aims to play a leadership role in directing cutting-edge research and facilitating intellectual exchanges. KORE also supports teaching initiatives at York University. In 2018, KORE members at York University and associate members in 7 other universities launched a five-year project, “Korea in the World, and World in Korean Studies.” The project team consist of 20 members, including Hyun Ok Park as the director and Mihyon Jeon as the deputy director. 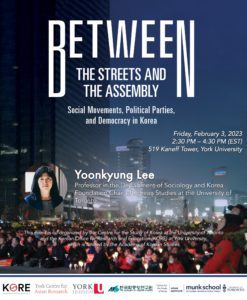 Book Talk: Between the Streets and the Assembly: Social Movements, Political Parties, and Democracy in Korea 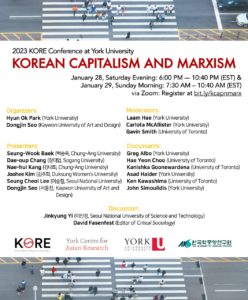 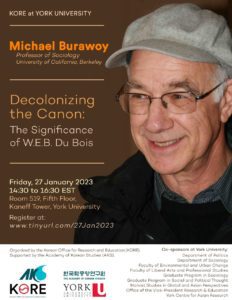 A talk by Michael Burawoy, “Decolonizing the Canon: The Significance of W.E.B. Du Bois 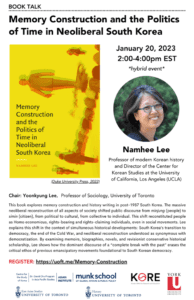 Book Talk: Memory Construction and the Politics of Time in Neoliberal South Korea 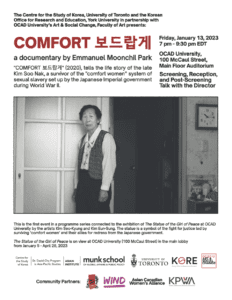 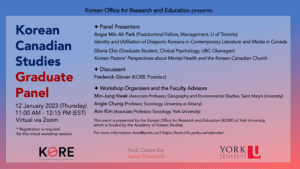 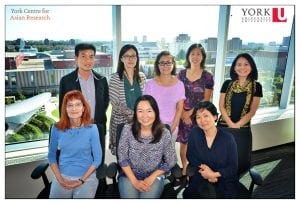 York University has received a major award that will be used to establish an initiative to develop the study of Korea in Eastern Canada as well as globally. The Academy of Korean Studies will fund the $1.1-million project over five years.

The innovative and groundbreaking project, which encompasses education, research and institutional building activities...

York University has launched an exciting project that will position it to become a major centre for Korean studies in North America. Thanks to a five-year, $1.15-million award from the Academy of Korean Studies, the University will expand its education and research activities related to Korea. 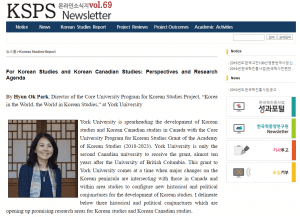 A view into North Korea’s culture 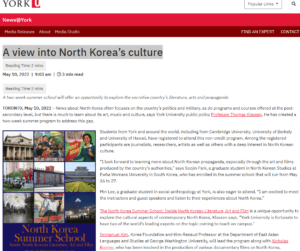 TORONTO, May 10, 2022 – News about North Korea often focuses on the country’s politics and military, as do programs and courses offered at the post-secondary level, but there is much to learn about its art, music and culture, says York University public policy Professor Thomas Klassen. He has created a two-week summer program to address this gap. 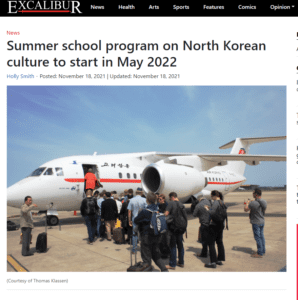 A new summer school program studying North Korean culture is in production and is set to be hosted at York. The summer program has been called the “first-of-its-kind” and allows students to study North Korean arts, literature, and propaganda. The program is set to start in May 2022 and will run for two weeks, coordinated by Faculty of Liberal Arts & Professional Studies (LA&PS) Professor Thomas Klassen. 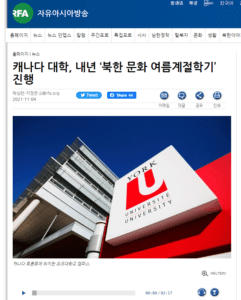 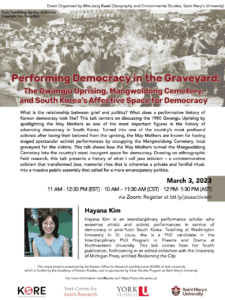