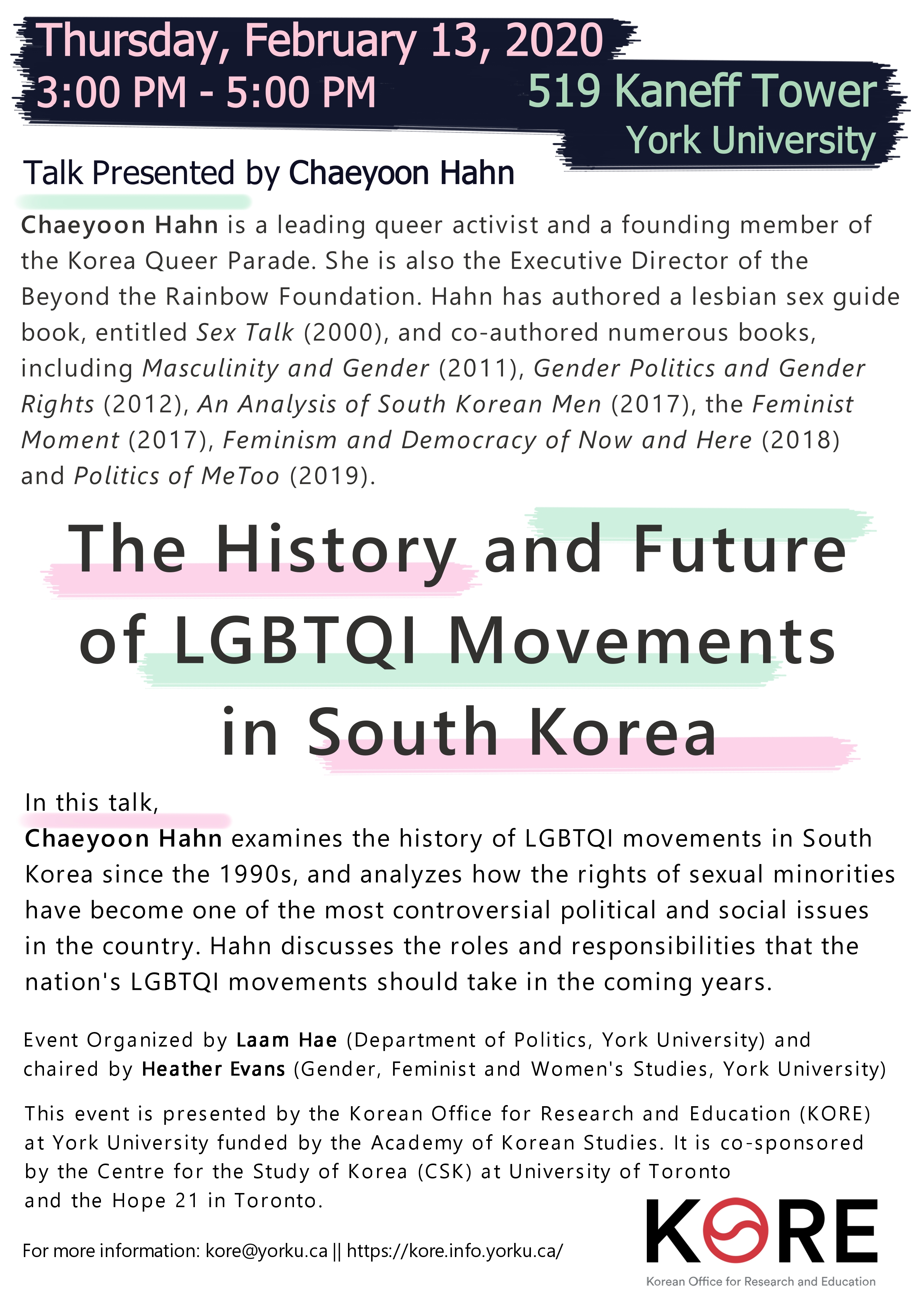 In this talk, Chaeyoon Hahn examines the history of LGBTQI movements in South Korea since the 1990s, and analyzes how the rights of sexual minorities have become one of the most controversial political and social issues in the country. Hahn discusses the roles and responsibilities that the nation's LGBTQI movements should take in the coming years.

Chaeyoon Hahn is a leading queer activist and a founding member of the Korea Queer Parade. She is also the Executive Director of the Beyond the Rainbow Foundation. Hahn has authored a lesbian sex guide book, entitled Sex Talk (2000), and co-authored numerous books, including Masculinity and Gender (2011), Gender Politics and Gender Rights (2012), An Analysis of South Korean Men (2017), the Feminist Moment (2017), Feminism and Democracy of Now and Here (2018) and Politics of MeToo (2019).

This event is presented by the Korean Office for Research and Education (KORE) at York University funded by the Academy of Korean Studies. It is co-sponsored by the Centre for the Study of Korea (CSK) at University of Toronto and the Hope 21 in Toronto.