A conversation with Professor Claire Jean Kim on her upcoming book: Asian Americans in an Anti-Black World 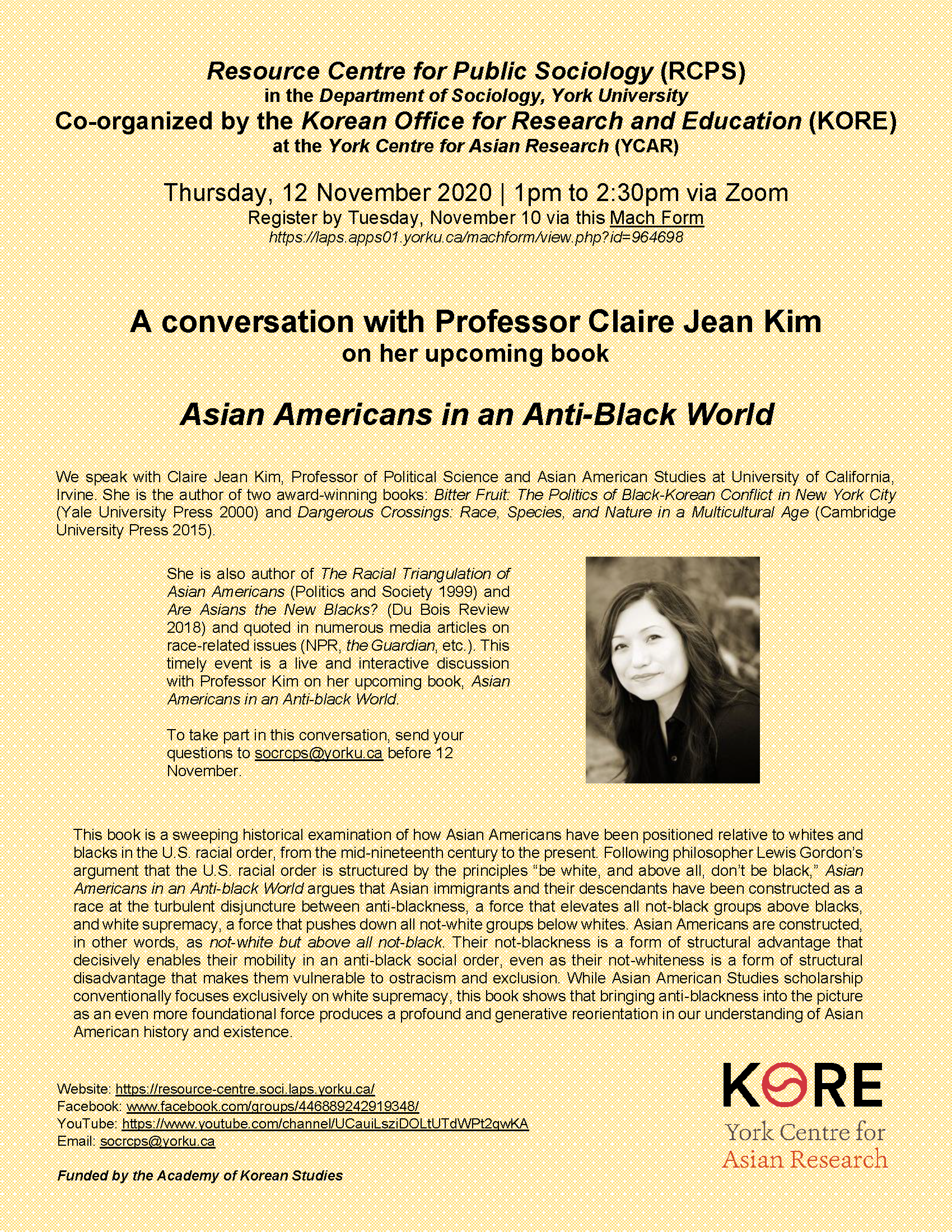 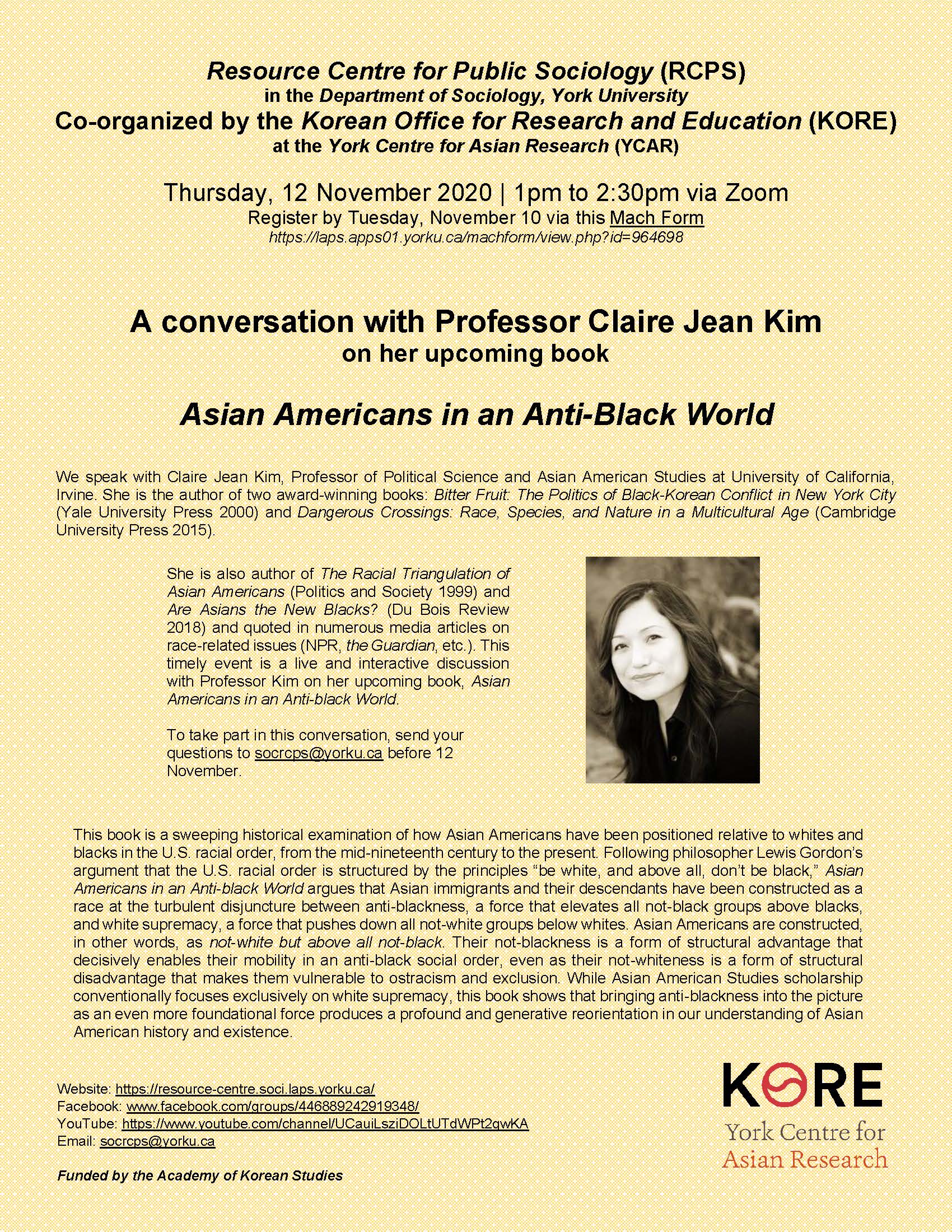 Resource Centre for Public Sociology (RCPS) in the Department of Sociology, York University

Watch the video from this event here: https://youtu.be/WWonRGzaaJE

We speak with Claire Jean Kim, Professor of Political Science and Asian American Studies at University of California, Irvine. She is the author of two award-winning books: Bitter Fruit: The Politics of Black-Korean Conflict in New York City (Yale University Press 2000) and Dangerous Crossings: Race, Species, and Nature in a Multicultural Age (Cambridge University Press 2015).

She is also author of The Racial Triangulation of Asian Americans (Politics and Society, 1999) and Are Asians the New Blacks? (Du Bois Review, 2018) and quoted in numerous media articles on race-related issues (NPR, the Guardian, etc.). This timely event is a live and interactive discussion with Professor Kim on her upcoming book, Asian Americans in an Anti-black World.

To take part in this conversation, send your questions to socrcps@yorku.ca before 12 November 2020.

This book is a sweeping historical examination of how Asian Americans have been positioned relative to whites and blacks in the U.S. racial order, from the mid-nine teenth century to the present. Following philosopher Lewis Gordon’s argument that the U.S. racial order is structured by the principles “be white, and above all, don’t be black,” Asian Americans in an Anti-black World argues that Asian immigrants and their descendants have been constructed as a race at the turbulent disjuncture between anti-blackness, a force that elevates all not-black groups above blacks, and white supremacy, a force that pushes down all not-white groups below whites. Asian Americans are constructed, in other words, as not-white but above all not-black. Their not-blackness is a form of structural advantage that decisively enables their mobility in an anti-black social order, even as their not-whiteness is a form of structural disadvantage that makes them vulnerable to ostracism and exclusion. While Asian American Studies scholarship conventionally focuses exclusively on white supremacy, this book shows that bringing anti-blackness into the picture as an even more foundational force produces a profound and generative reorientation in our understanding of Asian American history and existence.

Funded by the Academy of Korean Studies